The French Dispatch, the new film by Wes Anderson, an Oscar-nominated visionary director, stages a collection of stories from the latest issue of an American magazine of the same name published in a fictional 20th-century French city. The story takes place in a fictional town called Ennui-sur-Blasé, which is representative of France over time.

The French Dispatch: The Official Trailer

Says Wes Anderson: “The visual basis of the film, the costumes, the sets, everything is built on the basis of research and documentation. Even if the story is fictional, even if it has been imagined with a lot of imagination, it is basically based on real references. “

The artistic collaboration with Citroën is evident throughout the film. The visit of the Conservatoire Citroën before the shooting made it possible to identify the models that best suited the story, mainly Traction e Type H. Other Citroën models are also present on the streets of this typically French city: 2 CV, Ami 6, DS e GS.

A chase aboard the Traction

Following the death of the publisher of The French Dispatch – a large-circulation American magazine based in the French city of Ennui-sur-Blasé – the entire staff of the newspaper gathers to write its obituary. The memories linked to this beloved boss are intertwined in four stories that make up the film, including the one about “The inspector’s private dining room”.

This part of the film has undertones that evoke French detective dramas of the 1930s, 1940s and 1950s. At a crucial point, real-life footage is replaced by an animation reminiscent of French comics and the city in which the film was shot, Angoulême, the French capital of comics. The chase takes place aboard the symbolic car of those years: the Traction! 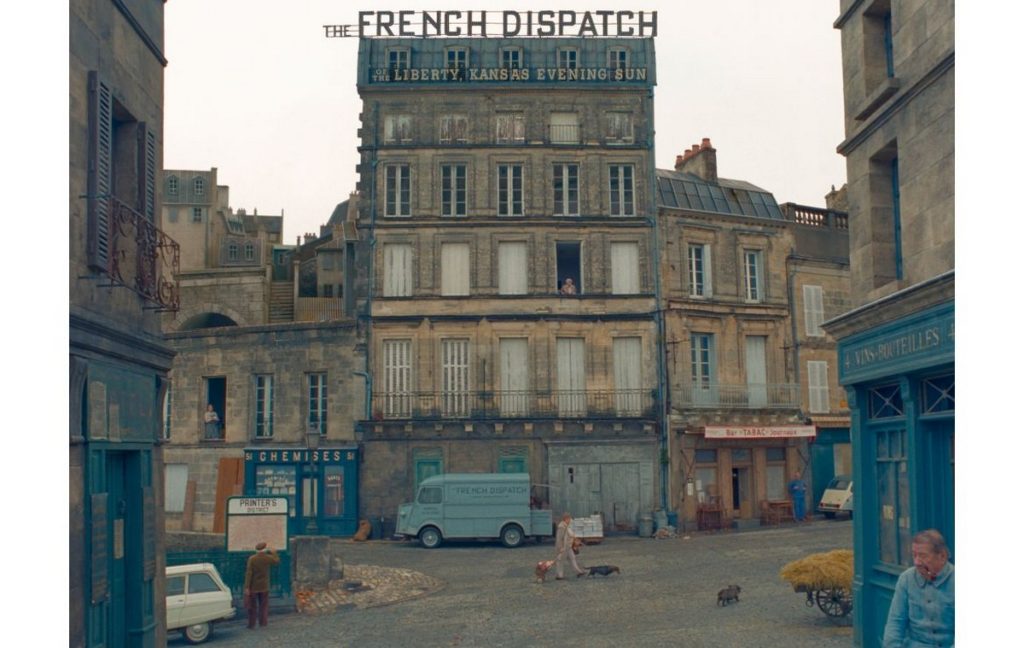 Popular brand for over a century, Citroën has always been present in the cinema and all the models of its historic vehicles have been the protagonists of many famous scenes. The list is long, with films that have had a worldwide success: the 2CV 007 (“For Your Eyes Only”, 1981), which celebrates its 40th anniversary and has been the subject of a special series, the DS in “Back to the Future II” (1989), and the animated film “Cars 2” (2011), where the DS and the 2CV come together and kiss on the Seine!

In his film ‘Steve Zissou’s Aquatic Adventures’ (2004), Wes Anderson pays tribute to Citroën on two occasions: when Professor Zissou’s crew goes to rescue hostages at the Citroën hotel and when he cruises around the island that serves as a base for them in a Yellow Méhari.

Mini Valentine’s Day 2021: the Big Love that celebrates the beauty...